Marcelo Ovalle Leaves a Legacy of Light at Holy Cross 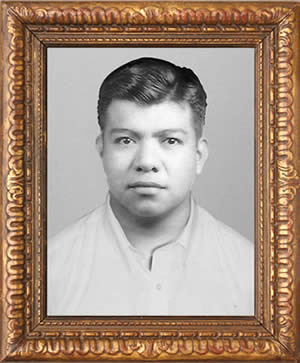 The planned gift that Mr. Ovalle has left to the school will be used for education activities. Students enrolled at Holy Cross of San Antonio who qualify for financial assistance will be able to receive aid.

Brother Stanley Culotta, C.S.C., M.D., President of Holy Cross of San Antonio said, “It is an honor for the school to receive a planed gift from a generous and modest man, who believed in Catholic education. His legacy will live on at Holy Cross by making a difference in the lives of our current and future students.”

His family and friends describe him as a discreet, kind, and generous man. During his lifetime, he gave to numerous charities. He was a long-time resident of the City’s Westside community where he joined in weekly Mass as a parishioner of St. Paul’s Catholic Church. Mr. Ovalle was a devout Catholic who attended Mass regularly.

Mr. Ovalle had no children of his own. The executor of his estate is his nephew Mr. Francisco A. Zepeda. Mr. Zepdeda recalls that he worked for many years at the “San Antonio Light” newspaper as a printer and proofreader.

He studied law a St. Mary’s University, but never took the bar exam. Family members describe him as valuing education and his faith.

Mr. Ovalle never had any direct relation to Holy Cross of San Antonio. “One thing is certain, he had always intended to leave Holy Cross this gift,” said Mrs. Irma Zepeda, wife of Mr. Ovalle’s nephew.  “I found a to-do-list from awhile back where he listed Holy Cross as the beneficiary. Eventually, he wrote it into his will.”

“Mr. Ovalle’s gift is already making a difference at our school,” said Mr. Henry Galindo, Principal of Holy Cross of San Antonio.  “He has left a ‘light’ at Holy Cross which will allow our school to better serve our students and our families.”

The Brothers of Holy Cross founded the school in 1957 steeped in tradition and education. Holy Cross serves as the only co-educational college preparatory school centrally located in San Antonio’s Westside. Based on the principles of the Brothers of Holy Cross, the school’s educational mission helps break the cycle of poverty and opens doors to higher education. For more information, visit Holy Cross of San Antonio, “Shining for the Rest of the World,” at www.HolyCross-sa.com.