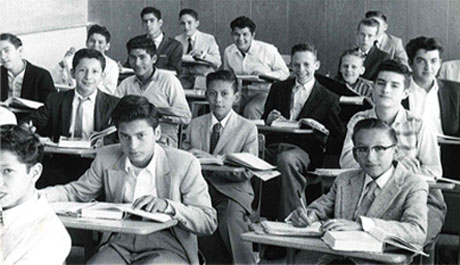 The education history of Holy Cross High School really began on September 3, 1957 as eighty-four young men from the West Side community enrolled as freshmen. Their campus consisted of eight classrooms, a cafeteria, and a residence for the Brothers. Their faculty consisted of three Brothers of Holy Cross and a chaplain. Tuition was $67.50 per year.

From the beginning, it was recognized that tuition costs and subsidies from the Archdiocese of San Antonio would have to be collaborative. This union would ensure the financial stability of the school while not enforcing the ever-increasing financial demands of rising educational costs upon the students and families enrolled at Holy Cross High School. However, by 1968 tuition at Holy Cross High School had risen from $67.50 a year to $180.00 annually. The subsidy increased as well. Since Holy Cross High School was not the only Catholic school receiving a subsidy from the Archdiocese, and the climate of the day saw more and more Catholic Priests, Brothers and Sisters leaving their respective congregations, the Archdiocese was forced to come to terms with the rising costs of education and their role as financial provider. 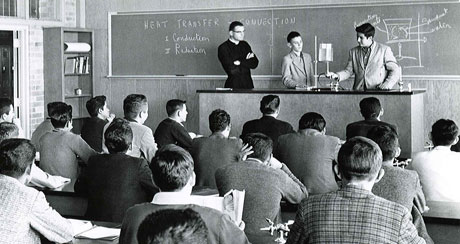