Since its founding in 1957 and more especially since 1968, Holy Cross has attracted most of its students from the South and West Sides of San Antonio. However, in 2002 the last Catholic high school that was serving young ladies from these same areas closed. After having already faced threatened closure, the absence of a caring ownership, and the disappearance of feeder schools, meeting needs and overcoming obstacles are integral to the determination and commitme 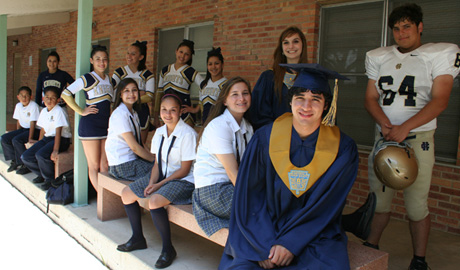 nt of Holy Cross. Over the next few years Holy Cross converted to coeducation in the high school and then in the middle school. With the start of the 2009-2010 school year, Holy Cross of San Antonio became a coeducational Catholic middle and high school. Enrollment at Holy Cross closely reflects the demographics of the neighborhood, that is predominantly Hispanic and made up of mostly low to middle income families.

The Brothers of Holy Cross trace their origin to the early 1900’s in post revolutionary France. Originally they were known as the Brothers of St. Joseph. Under the direction of Rev. James Dujarie, they united with a group of Priests founded under the direction of Rev. Basil M. Moreau to form the Congregation of Holy Cross. The purpose of the Congregation of the Priests and Brothers stated in the first Constitution, was:

“…preaching the divine word in the countryside and in foreign missions…and the instruction and education of youth, with a particular care for poor and abandoned children.”

The history of the Congregation of Holy Cross in the United States began in 1842 with the founding of what is now the University of Notre Dame. 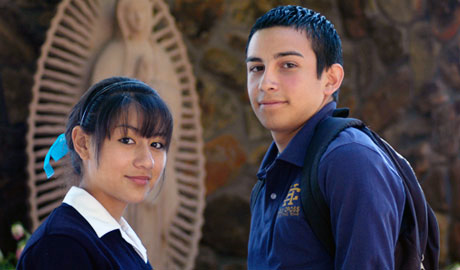