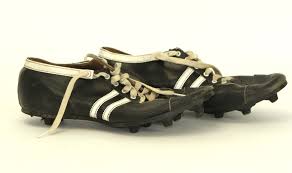 Gabriel Nava started at Holy Cross in August of 1976.  He was a stocky kid, not very tall, who carried himself with a presence of a kid who far exceeded his stature.  As freshman, most followed a path all too familiar; a path chock full of insecurity and a colossal lack of confidence.  But not Gabe.  This kid seemed to know the direction he was headed and he didn’t let the expected insecurities of goofy freshmen get in his way.

These many years later no one is surprised to find a loving husband and father who has helped to raise two amazing Holy Cross kids.  Jay is a 2017 graduate who excelled as a scholar, athlete, and musician and who is currently pursuing his musical endeavors at Southwestern University in Georgetown.  Maggie, his daughter, is a senior and like her brother is also a stand-out student-athlete who is currently ranked #1 in her class academically and who last spring received All-State honors for softball and track.

There is little doubt that Jay and Maggie are fully aware that their success is absolutely related to the love of their mom and dad, but what they might not know is how their pop was able to influence the growth and knowledge of many of his freshmen classmates at Holy Cross.

Getting back to August of ’76, there was a moment that left an indelible mark that served to shape those 9th graders who were smart enough to pay attention. Such a moment came to pass as they readied themselves for their first freshman football game.  As they sat nervously getting dressed, a teammate came over to comment on the used black football cleats that Gabe wore for practice and for games.  Having spent two weeks together it seemed the teammate assumed that they had built enough familiarity that he could come over and let Gabe know that his cleats were a bit old and out of date.  He laughingly said that maybe the team could all pitch in and get him a pair of the white Riddell shoes that most were wearing at that time.  No one will ever forget Gabe’s response: “These are my brother’s shoes.  He was the best football player to have ever played at Holy Cross.”

The total lack of response from anyone at that moment spoke volumes. Nothing but silence.  It was pretty evident that even a bunch of coarse and unsophisticated freshman were able to glean the inherent wisdom that their teammate uttered on that morning.

There is no way Gabe could have known that he would outlive his brother who died in 2002, and that someday those words he spoke would serve as the ultimate epitaph that one Holy Cross football player could utter for another.  For many years now that story has been shared with the members of the Holy Cross football teams with the hope that they will begin to understand true brotherhood.

Toward that end, Holy Cross football teams continue to pay homage to the spirit of Eddie Nava, ’70 and to his little brother Gabriel Nava, ‘80 by asking the football players to wear black cleats.  The hope is that it serves as a constant reminder of the obligation to find the substance in each other that will make us better football players and, ultimately, better people.